How a ‘dead’ medium increased sales 47%

There are pundits who’ll tell you print advertising is dead.

Flick through any magazine today. You’ll be lucky if you spot one print ad which is written by somebody who knows what they’re doing.

Quality print advertising is dead, not the medium itself. And I intend to prove it by showing you a print ad concept which helped boost a client’s sales 47%.

Here’s the trick you need

If you want to write an excellent print ad, you must understand how headlines and visuals work together.

The best print ads often ‘bend’ either the headline or the visual. This gets the reader’s attention, but it also makes them go ‘Ah-ha!’ A connection is made in the reader’s mind, and they immediately understand the benefits of your product.

I explain the concept in this short video. Take a look: 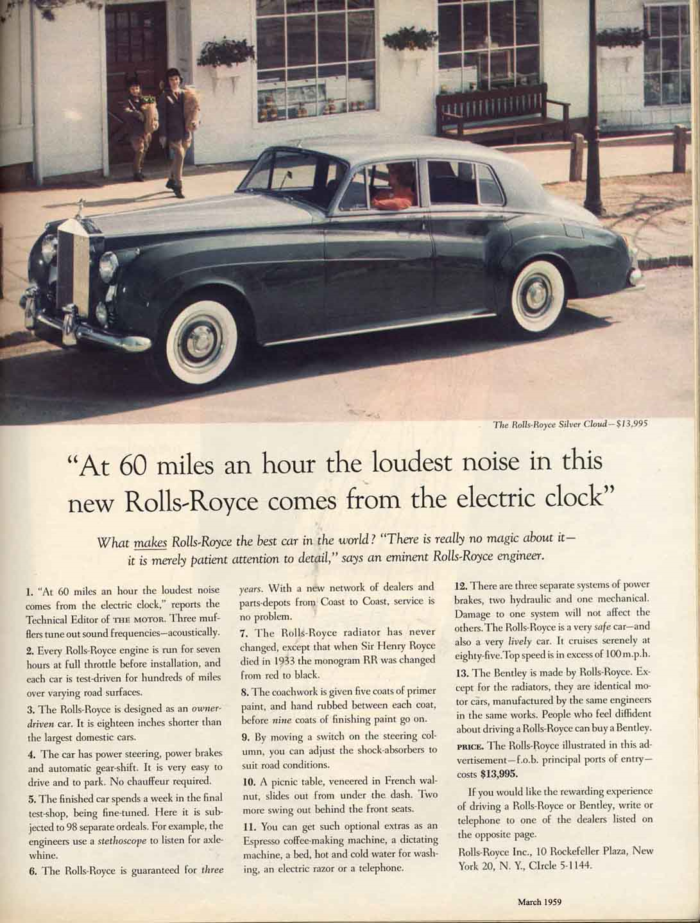 Yet the ad uses a ‘bent’ headline. Rather than say ‘this car is really quiet,’ Ogilvy suggests the car is quiet by having his reader imagine the electric clock.

On the other hand, you could ‘bend’ the visual. Like this print ad does encouraging people to stay in school. 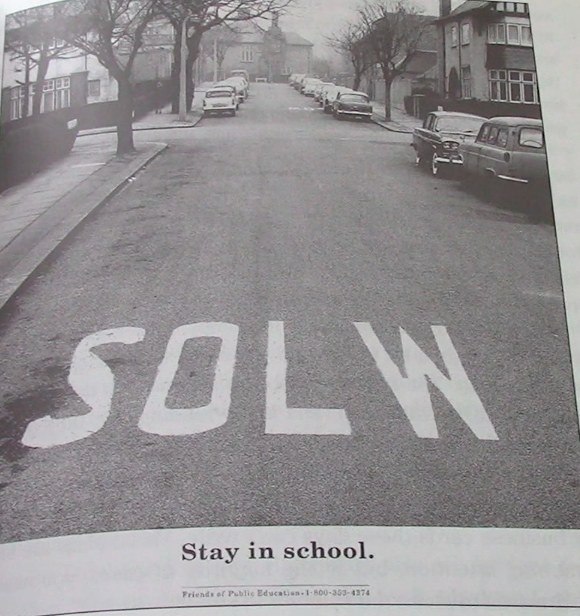 But notice how this needs a straight headline: Stay in School.

The visual has to be explained instantly in order to hold the reader’s attention.

You can bend the headline, or the visual, but never both

If you want to bend the visual then you must write a straight headline.

‘Stay in school’ makes the visual effortless to understand.

If you bend the headline and the visual your ad will appear confusing.

This is one of the many issues I have with this FCUK advert. 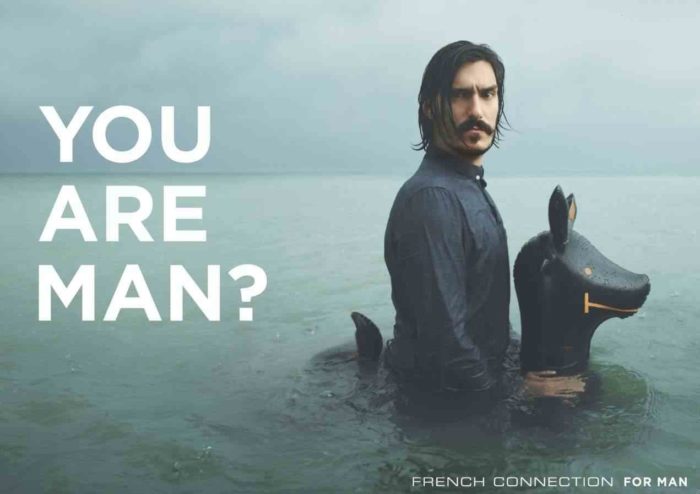 Headline: ‘You are man?’

Honestly, I haven’t a clue if this advert made money. (And I’m not particularly interested in debating it.) All I know is this ad would NEVER leave my desk – and that’s just about all I have to say.

How this method increased sales 47%

Barbutti have been a long-term client for 4 years.

Usually they throw an annual sale after Christmas. But this summer they needed space for renovations. They needed another sale.

It’s a good offer. But everyone’s throwing ‘sales.’ And we were announcing this to customers with a postcard mailer. Be honest. How much time do you give a postcard advert before throwing it in the bin?

This postcard had to do something to make them go ‘what’s this?’ Then, ‘Ah-ha!’

“Why don’t we tell the designer to do something like this?” I told my partner. 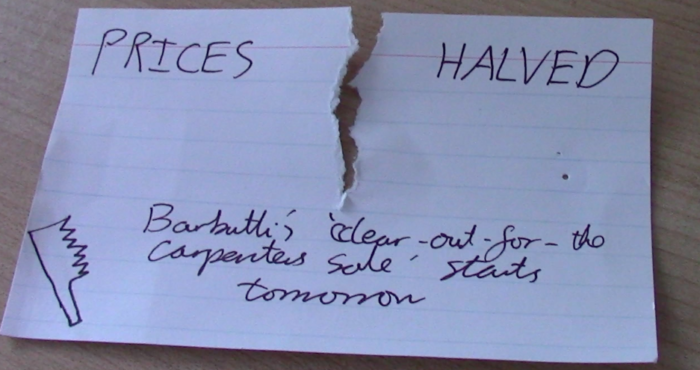 It’s a crude postcard mock-up, so let me explain what you’re seeing.

The postcard has a large rip down the middle (as if it has been sawn in half.)

This is a bent visual with a straight headline: Prices halved.

The postcard was going to previous customers, so I didn’t have to do much explaining. I called it, ‘Barbutti’s clear-out-for-the-carpenter’s sale.’ And I suggested we added a picture of a carpenter’s saw in the bottom corner.

The back of the postcard is dead simple.

Its copy just tells the reader what to do.

This postcard was followed-up with 3 emails. It was a simple campaign, yet it boosted sales 47% – and cleared enough space for the client’s renovations.

3 more pointers before you throw a sale

1. Don’t throw a sale for no reason: Barbutti only ever throw a sale when they need to clear space. ‘Sale addiction’ is common amongst business-owners, because it can produce startling short-term spikes.

But sooner or later your customers get wise. They start expecting sales, and waiting for them to appear. Before long, you’re competing on price – and that is a downward spiral to bankruptcy.

2. Never discount print advertising: Print is still a favoured medium amongst older consumers. And these people tend to have more money. I’m not saying print is your holy-grail, but it’s definitely something to consider.

3. Explain why there is a sale: and if possible, use this technique I’ve described to get attention. Do be wary of complexity. Your idea must be dead simple, effortless to understand, with nothing getting in the way of its meaning. If you can’t come up with anything, simply write an ad with a straight visual and straight headline. Call out your target market, and hit them with your big benefit.

Next post: 3 Dynamite Letter Openings from the King of ‘Junque’

Previous post: Hey Google! What’s with all the exclamation marks?!!!