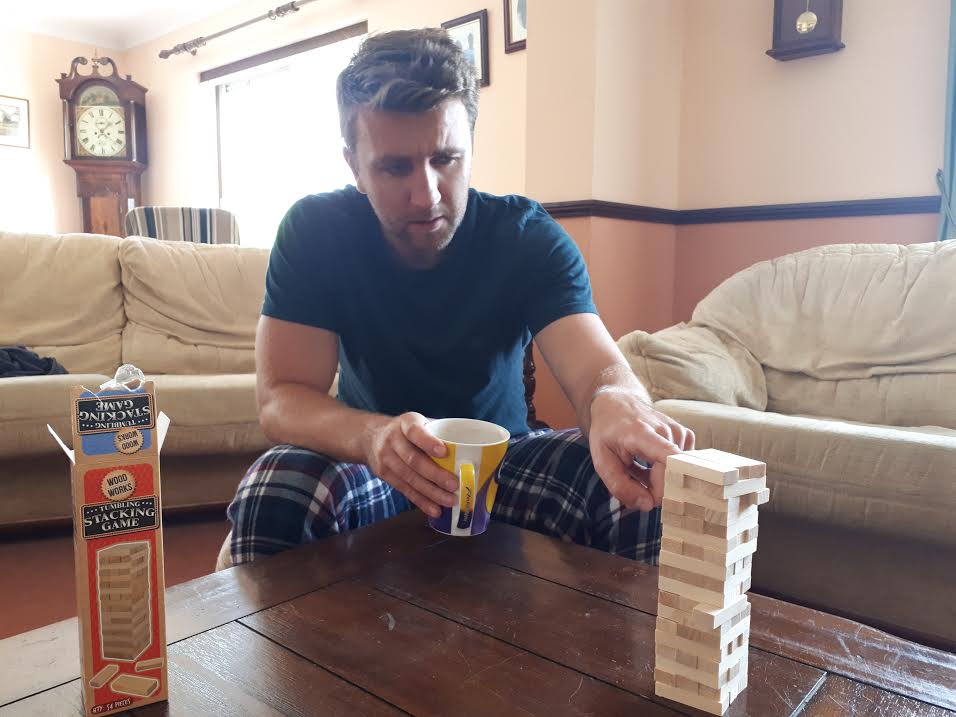 Sound far-fetched? Analyse the emotions behind your next illogical decision.

That’ll help you persuade virtually anyone to do what you want. And it explains why I’m playing this ridiculous Tumbling Brick game.

It began at a seaside amusements in East Anglia. I was on the whack-a-mole. I got quite a few of the bastards, so the machine spat out these tickets which I could trade for a prize.

I’d have taken the Nintendo Switch, but you need 55,000 tickets for that. It’d mean whacking about half-a-million moles, and I wanted to get home.

“So give them to some kid,” I told Mother-dear.

There were 6 children with their faces pressed against the prize cabinet. I felt bad. Most of them could only afford the 10p sweets on the bottom shelf.

“But you’ve done really well,” Mum said. “You can even afford this Tumbling Brick game.”

“I don’t want a tumbling brick game. Give the tickets to a kid.”

When I began as a copywriter, I had the ‘7 deadly sins’ pinned above my desk. They come from the ‘circles of hell’ described in Dante’s Inferno.

Whatever I was selling, I would try to arouse at least one of these emotions in order to make it more desirable.

(Still at it, in fact. Only the other week, I helped boost a client’s subscription rate 300% from COLD leads. More on this story here.)

Mum once called herself a minimalist, though I can’t say I’m convinced.

She has a photo-frame, still containing the stock-photo family. 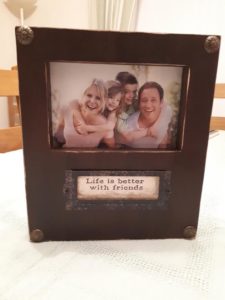 This frame’s bang on. “Life IS better with friends.” But these aren’t Mum’s friends… 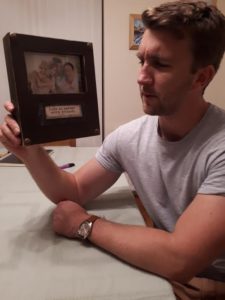 …Who are these people?

“Oh!” she said. “I didn’t know I was meant to replace the picture.”

But she doesn’t know these people. So why did she even bother keeping it?

It’s a similar story with this brick game

Mum was motivated by greed.

It sounds bad, but it’s true. No matter how useless an object may be, few people can resist getting something for nothing. And most people don’t even notice it happening.

After the amusements, I was sat on the beach wall, watching the sea. Mum came out holding the Tumbling Brick game.

“Why couldn’t you just give those to a kid?”

“You can take it back to Canada.”

I was getting grouchy. My voice was taking a tone. Mum said, “Oh Alex, you’re being silly now.”

But I wasn’t being silly. She just didn’t understand, and probably never would.

So I said, “Thank you,” accepted the gift, and walked back to the car seething.

I’m not saying this from a high-horse.

I, too, am often lumbered with stuff I bought on blind emotion – and stuff I couldn’t bring myself to chuck.

Digging through the attic, I found a 40-litre box of DVDs – stored in case I wanted to watch them again. Unlikely. In the time I’ve spent abroad, DVDs have become more-or-less obsolete. The thought of pressing play depressed me.

I realised I owned too much junk.

I decided to throw it out.

My nan just had 2 stents and a pacemaker fitted…

The doctors had been monitoring her heart from 40 miles away at a Cambridgeshire hospital. I had no idea this was possible. It seemed bloody marvellous.

During Nan’s worst moment, her heart had stopped 7 times in one night, slowing to 15 beats-per-minute. She’s up and about again now. Everything’s normal. But I suppose I’m grateful she’s even still around.

So I bagged up almost everything I own in England.

Books. Clothes. That brick game…and drove it down to the British Heart Foundation’s charity shop.

“Are you a gift aid member?” said the shop’s volunteer. I’d just handed him 8 large boxes of stuff, and those deadly emotions were starting to kick in.

“Gift aid? Heavens no. This is just all the unwanted crap I gathered while falling through Dante’s circles of hell.”

The volunteer looked at me funny. Raised an eyebrow. But he seemed grateful, and even fetched me a glass of water to cool off after all that carrying.

I walked away feeling pretty good. Didn’t miss any of that stuff in the end. Still don’t, in fact.

And who knows? Maybe it’ll help pay for someone else to have one of those heart thing-magigs – same as the one which saved Nan.

Capitalism has it’s problems, yes, but most of these problems start with us consumers. I honestly believe that. If you only notice the emotions behind why you buy, you can make healthier decisions, and make the planet a better place.

Previous post: [Case Study] How to convert cold leads in 5 emails or less